Note:  An “airplant” is any epiphyte (EPP-ah-fight), that is, a plant that grows perched on other bigger plants.  Today’s lesson features members of the genus Tillandsia in the Pineapple Family, the Bromeliaceae, aka Bromeliads (bro-MILL-ee-adds). Many additional non Bromeliad plants are “airplants,” including assorted ferns, lichens, mosses, and orchids. Some are in the reference photo gallery for this lesson.
Ball-Moss

This is one of the most common airplants.  You find it on most oak trees, even in your own back yard.  Or it can be on other hosts, including power lines.  Although variable, the entire plant is often the size of a tennis ball to the size of a grapefruit, made of curled skinny leaves covered densely with silvery gray scales.  The fruit is a woody capsule cluster on a long wand. 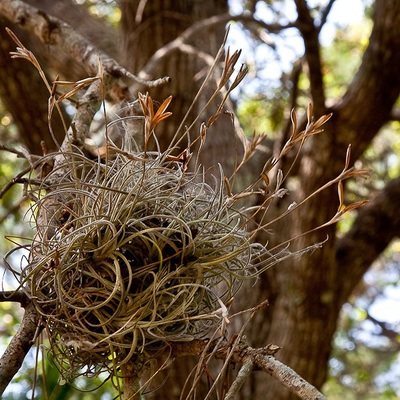 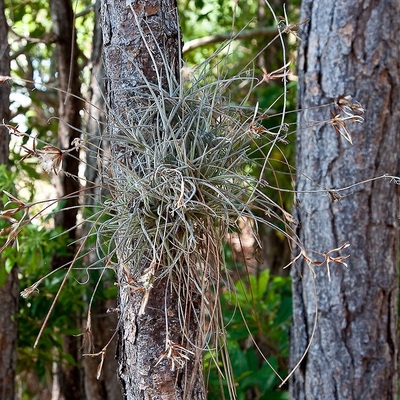 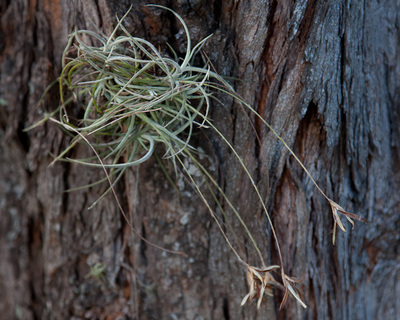 This is the most familiar large showy air plant in our area.  Very common, often on Slash Pines or Bald Cypress, or additional hosts.  The leaves are comparatively stiff and straight or gently curved, but not kinky or twisted.  The species has no “potbelly”.  The flower spike broadens out, and the colors (bracts and flowers) are a rich mix of red, yellow and sometimes violet. 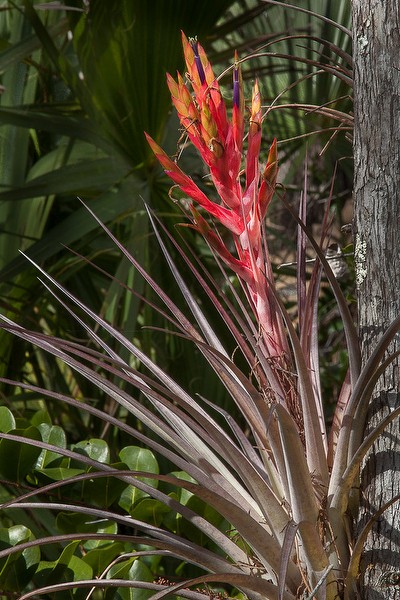 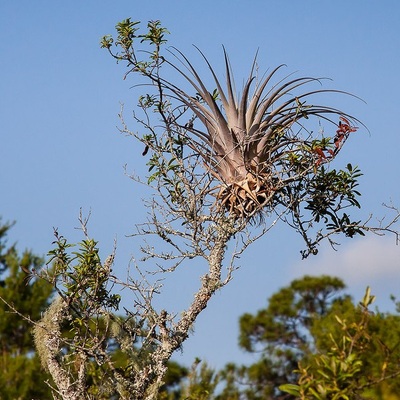 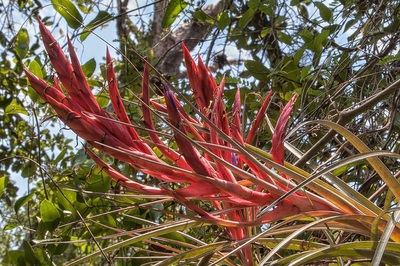 Much larger than any other species today, this species usually turns up in scrub or dry flatwoods.  It can be an epiphyte or on the ground.  The branched flower spike can stand 6 feet or taller, and remains generally green. 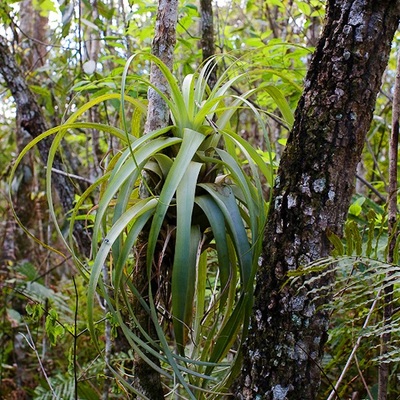 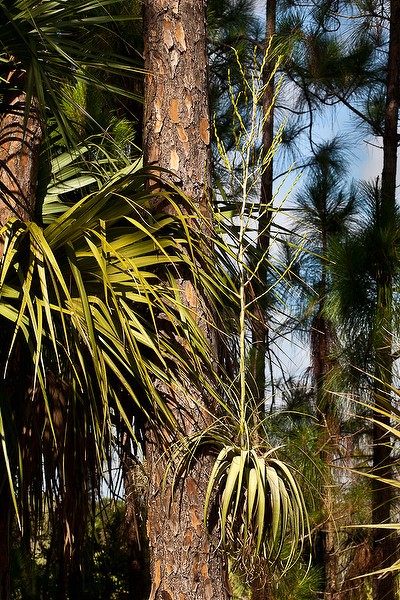 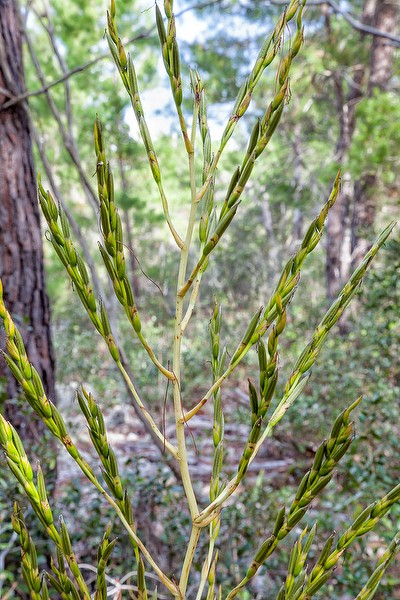 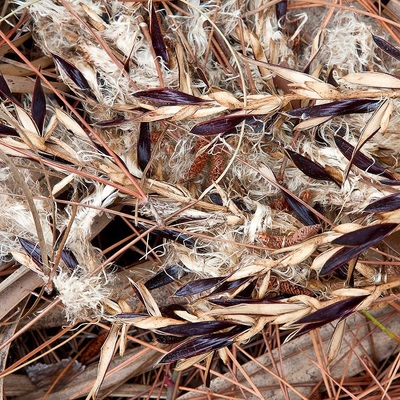 Easy to recognize and usually on Bald Cypress, Northern Needleleaf has messy irregular twisty curled leaves, and a potbelly. The entire plant can be curved or bent.  It has scales but is nowhere near fuzzy.  The long vertical skinny flower stalk usually remains narrow, and the only prominent color is red, sometimes with just a little purple or yellow if flowers protrude between the bracts. 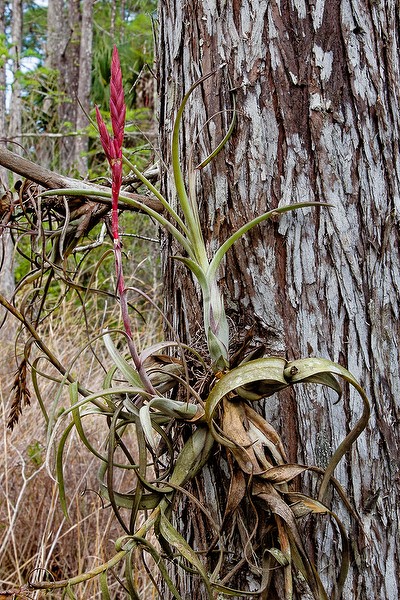 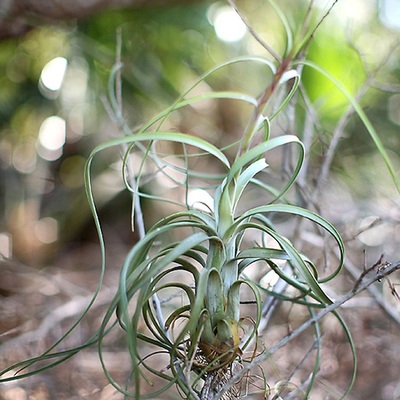 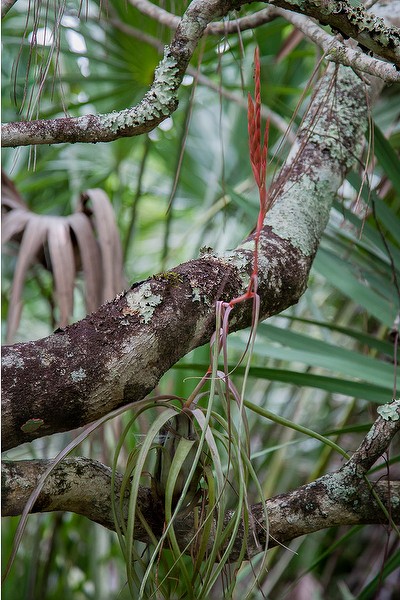 The most uncommon species in today’s list, this one looks a little like Northern Needle Leaf by having a potbelly and by having irregularly curled leaves, but the Potbelly Airplant is huskier, and conspicuously fuzzy.  The flower stalk is narrow and so fuzzy that the redness of the bracts is dulled.  Purple flowers may sometimes protrude from behind the fuzzy bracts.  The plant may be associated with ants.  Look for it on Bald Cypress. 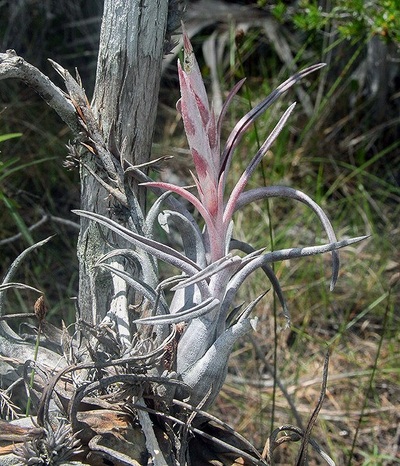 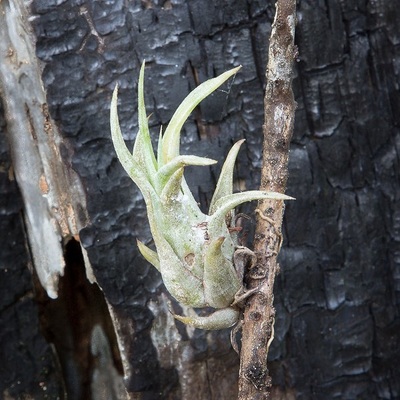 The straight or gently curved leaves look like knitting needles or pine needles.  They can be green or reddish.  The flowers are purplish, usually not much of a show.  Southern Needle Leaf is in varied habitats, often hammocks, scrub and additional habitats.  Often on oaks, but not limited to them. 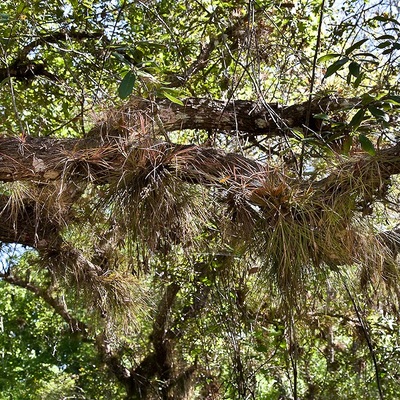 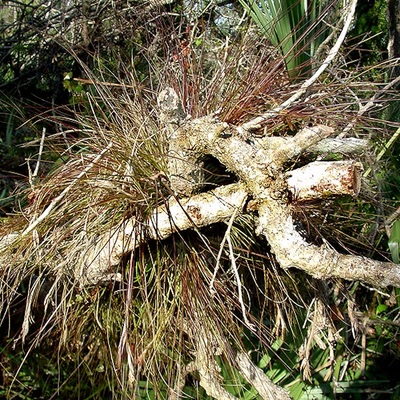 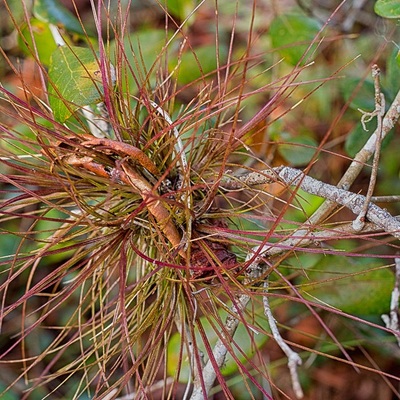 Everybody knows Spanish Moss.  Did you know it is a flowering plant in the Bromeliad (Pineapple) Family?  The scales help the plant catch water and nutrients.  The flowers are tiny. 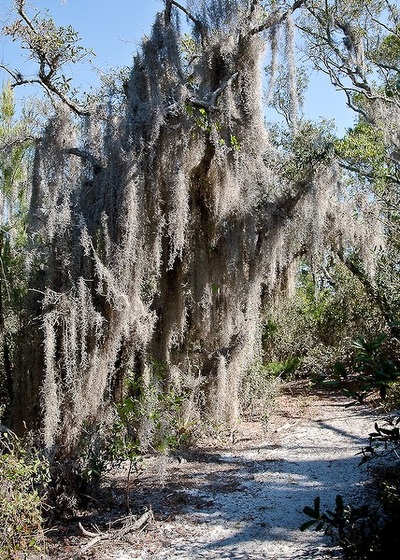 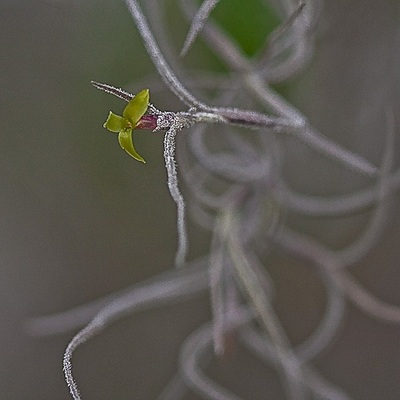