This big showy orange lily looks like nothing else.  You find it occasionally in flower late summer or early autumn in wet woods and savannas. 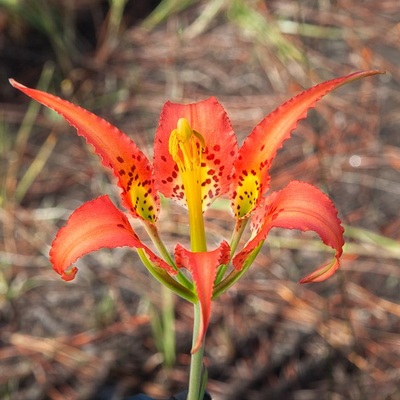 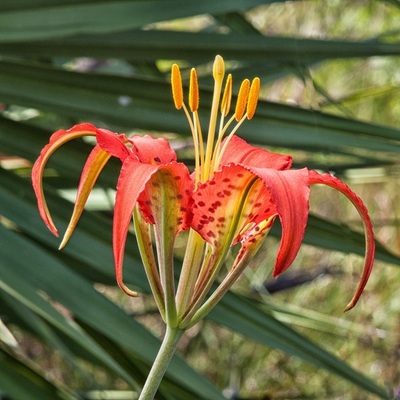 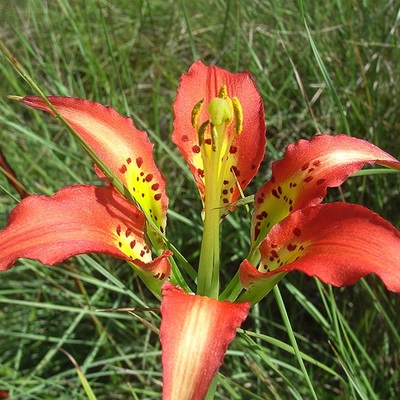 Cowbane is common in wet habitats, and is easily recognized by its umbels of small white flowers.  An umbel is a flower cluster where each flower stalk is the same length and radiates from a common hub like spokes on a wheel.  Cowbane has the leaf narrow, a little succulent, more or less pencil-shaped and unbranched.  A similar and related wetland species called Herb William (Ptilimnium capillaceum) has dissected branched threadlike leaves resembling dill. 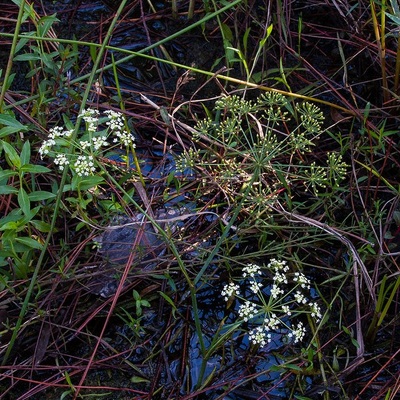 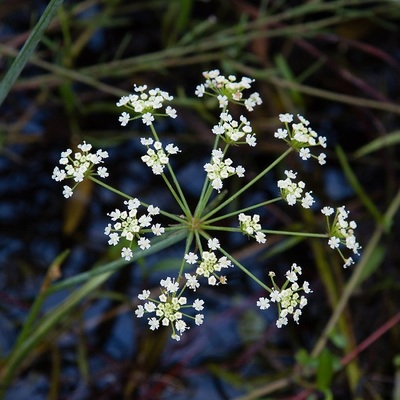 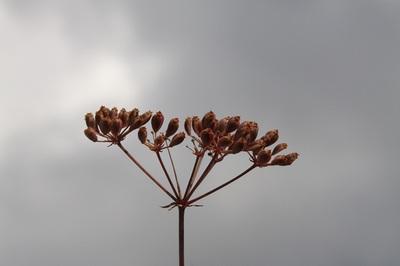 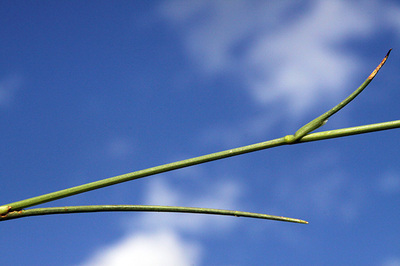 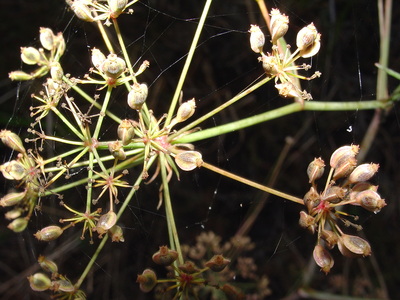 This tall wetland mint has opposite pointy leaves, square stems, and flowers tightly clustered in white heads.  The flower heads look a little like those of the Bogbuttons but the leaves are completely different.  Look closely, the flowers have tiny purplish specks. 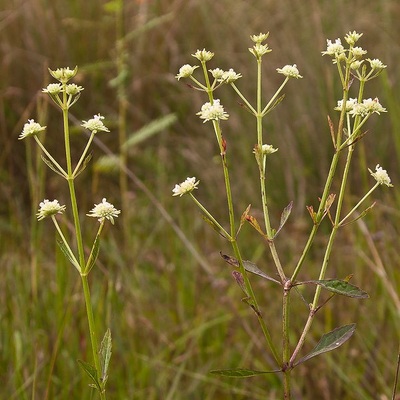 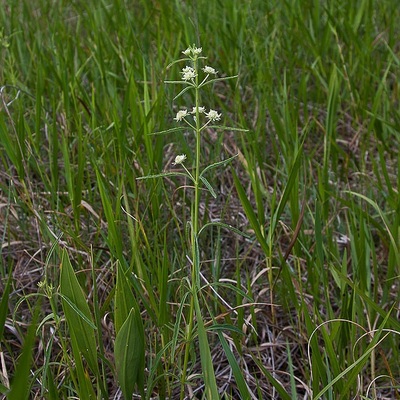 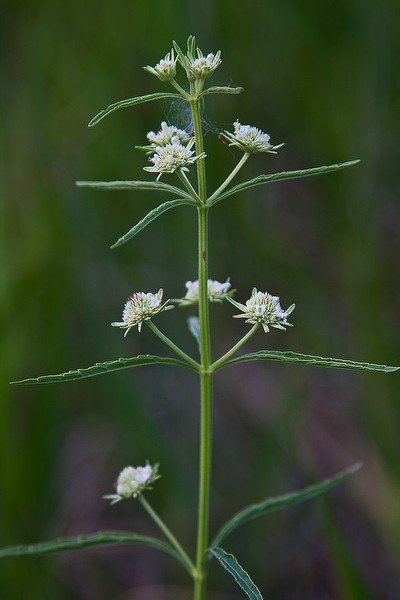 This beautiful thistle of moist habitats stands 4-6 feet tall.   The purple flower heads turn to soft thistle-down.  The bracts on the bottom edge of the flower head are pressed together tightly and make a two-toned color pattern. 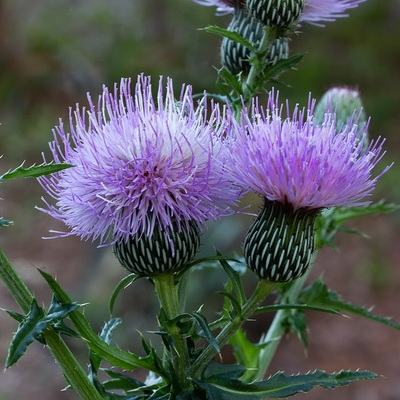 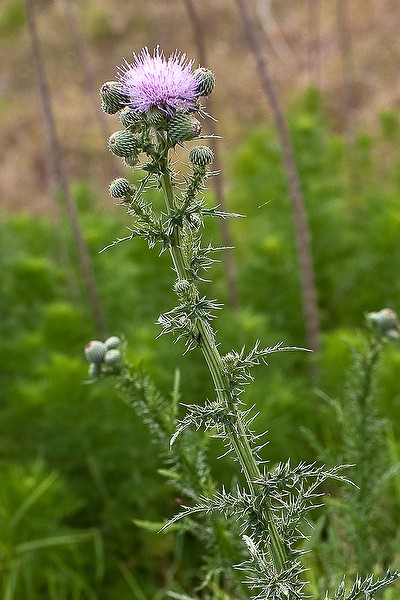 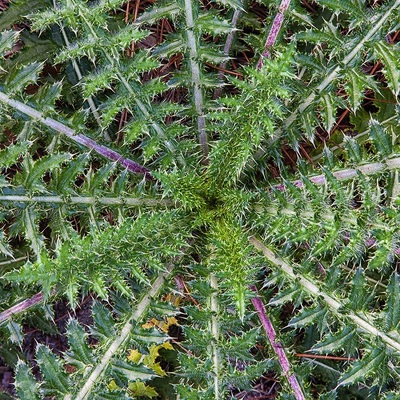 Here is another Milkwort.   This Orange Milkwort is the only orange-flowered Milkwort in our area.  It occurs in moist habitats, and is short, generally under a foot tall.

A similar species is Candyroot, Polygala nana, the final photo in this sequence.  Candyroot grows in dry habitats usually, and has the flowers yellow instead of orange. 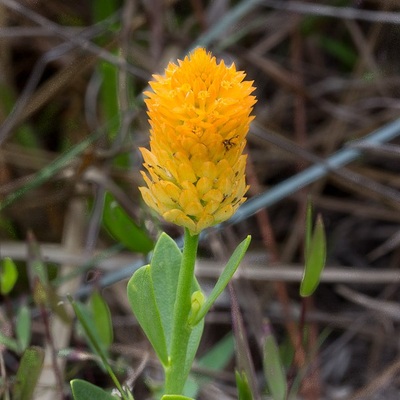 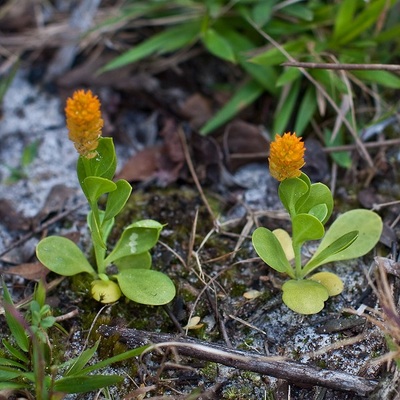 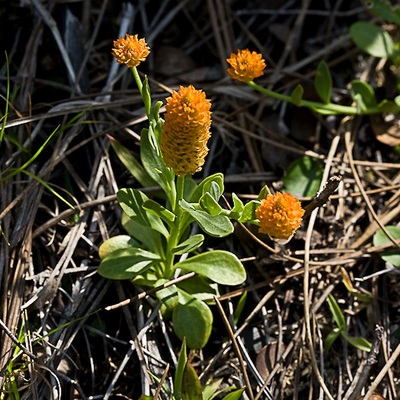 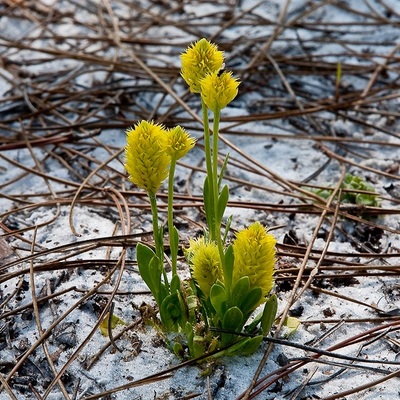 We have two native pines in our area, Sand Pine in scrub habitats, and Slash Pine in pine flatwoods.  Slash Pine is generally larger and far more common.  Its cones are larger, and the needles are longer.  What we normally think of as the pine cone is the woody seed-bearing female cone. The pollen-producing male cones are much smaller, and look like little cigarettes,  when ripe releasing pollen.  Slash Pine was “slashed” to recover resin for making turpentine and rosin. 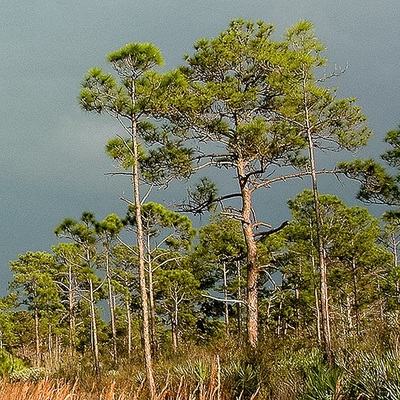 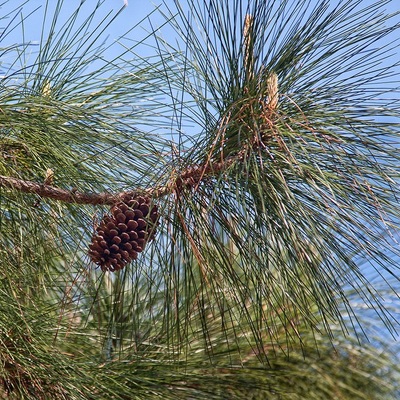 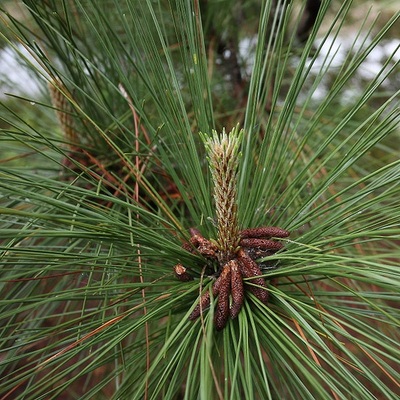 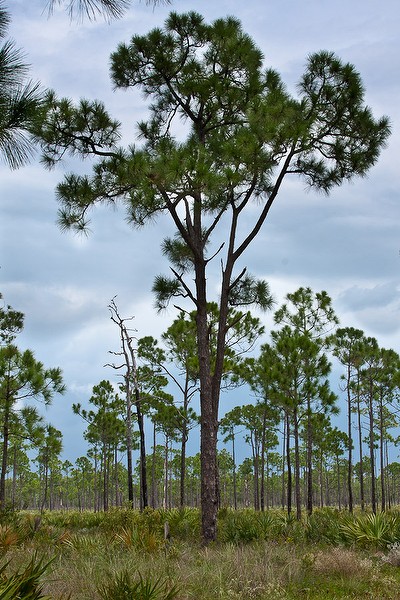 Milkworts, species of the genus Polygala, are represented locally by numerous species, highly varied and all colorful.  Learning to tell them apart is part of this class.   We will learn three today, all in the Gigapan, and will add additional later in the course.

Tall Pinebarren Milkwort, in the Gigapan, is the first photo in this sequence; it is Polygala cymosa (poll-IGG-ah-lah
sigh-MOSE-ah).   Tall Pine Barren Milkwort is especially tall (3’), a bright yellow candelabra in a marshy wetland.

Also visible in the Gigapan and the second photo in this sequence, is common in wetlands, showy, and yellow.  It is Yellow Milkwort  Polygala rugelii (roo-GELL-ee-eye).  Its flowers are in spherical yellow pompoms as opposed to the upright candles in Tall Pinebarren Milkwort.

If you find violet flowers in a congested head shaped like a coffee can, it is probably Drumheads, Polygala cruciata (croos-ee-AY-tah). This species likewise is in the Gigapan image, and is the third and final photo in the present sequence.

There are many more species of Polygala. Go to the Florida Atlas of Vascular Plants http://florida.plantatlas.usf.edu/ and search under “Polygala.”  Often when you find one Polygala you find additional Polygala species, especially in wetlands.  A broader set of species is in our Gallery of Wetland species. 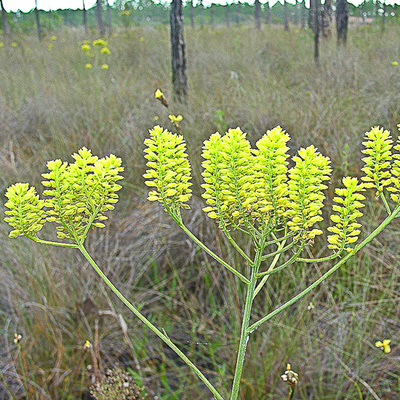 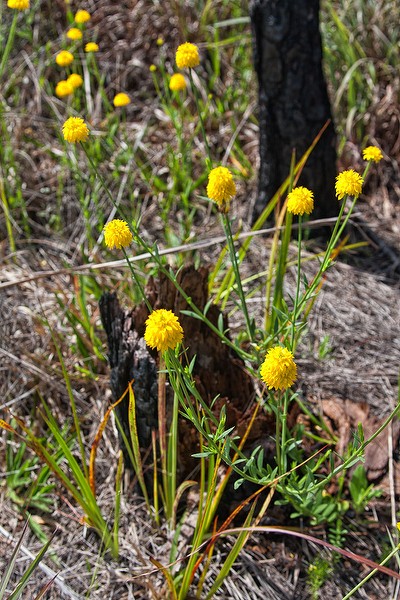 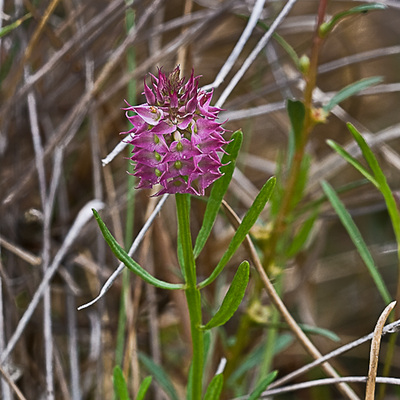