Beach Dune Side 3 (Back Side) Snapshot Information and Images

Next time you go to a beach see if you can find Bitter Panicum close to the Sea Oats.  They are roughly the same size, although the Panicum a little smaller.  They both have silver-gray foliage.  Bitter Panicum has broader leaf blades.  Sea Oats has its flower clusters broad, dangling, and fluttering.  In Bitter Panicum, by contrast,  the flower cluster is narrow and rigidly upright. 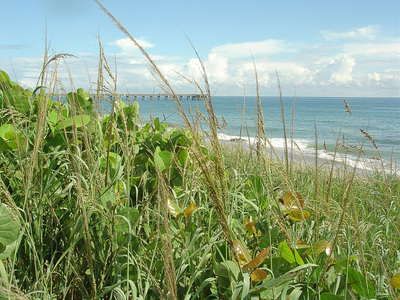 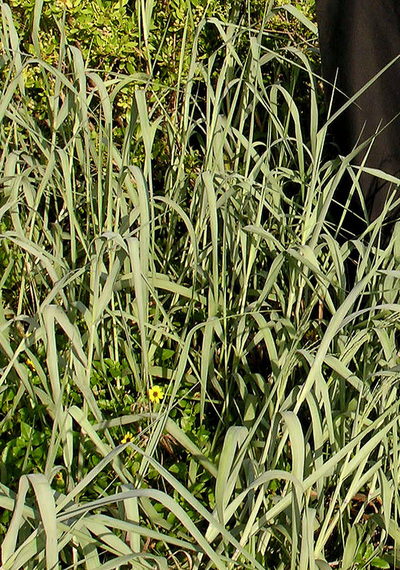 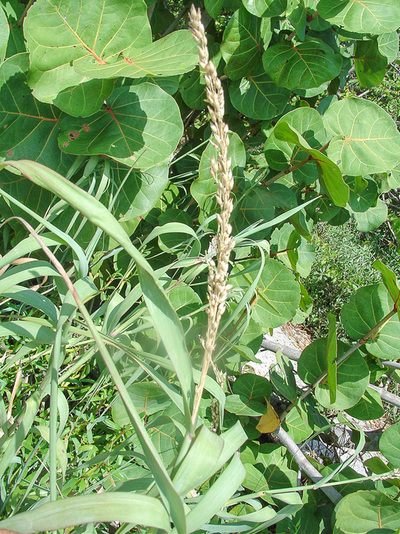 Inkberrry is a low spreading shrub on beach dunes.  The leaves are flat, tough, and leathery.  Oddly, the white flower looks like half a flower.  The fruit is the size of a small plum and glossy black.  The invasive exotic Beach Naupaka is related and similar but has a white berry and curled leaves. 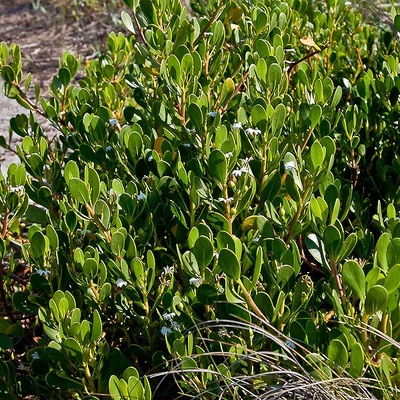 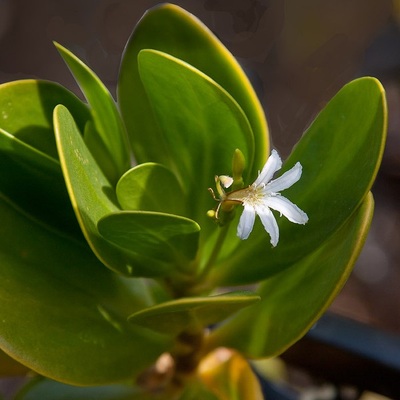 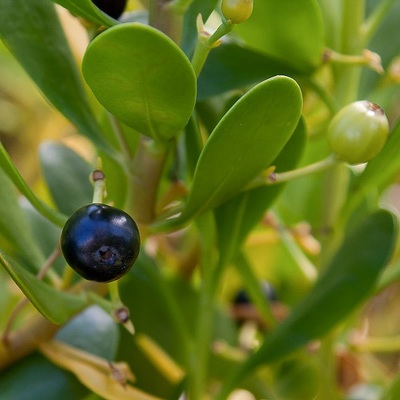 This Native Lantana is a compact coastal shrub with opposite mildly sawtooth leaves.  The tiny flowers are pale pastel or white in congested heads nested in clusters of small leaves.  This native species differs from the invasive exotic horticultural Lantana camara by not being prickly, and by having pale flowers as opposed to usually bright yellow, orange, or reddish flowers. 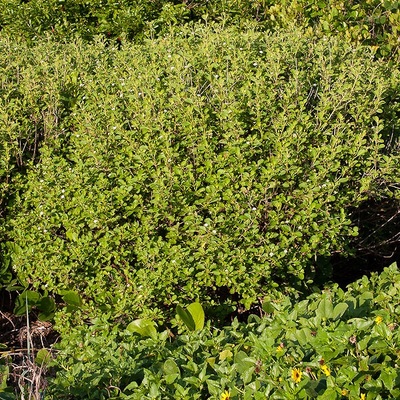 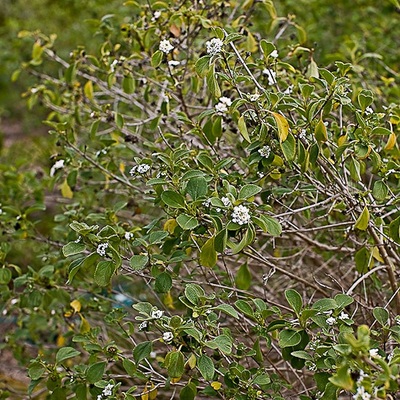 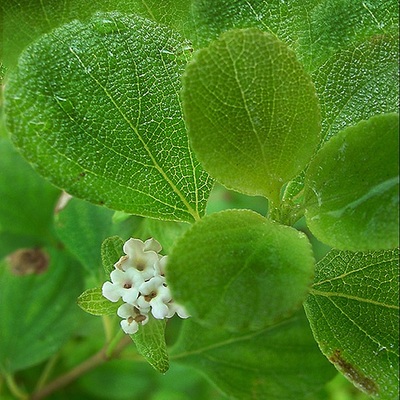 Necklace Pod is a small shrub with pinnately compound leaves and yellow pea-type flowers.  The giveaway feature is the pod---it looks like a snake that ate tennis balls. 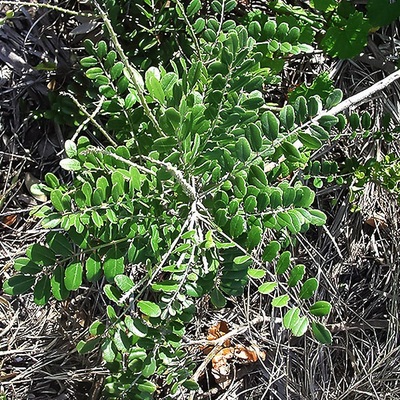 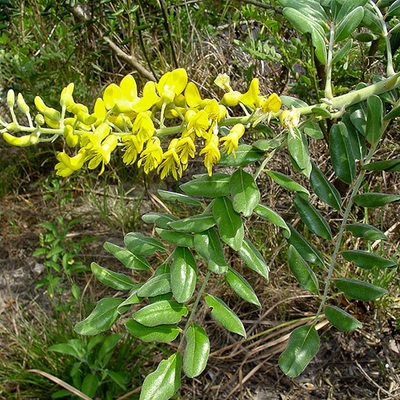 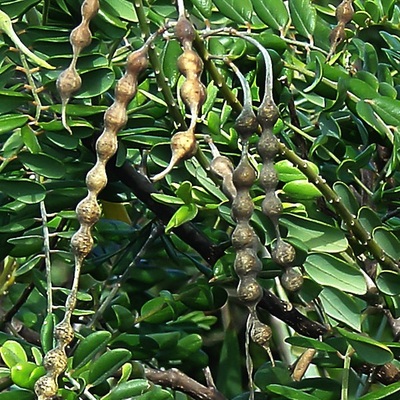 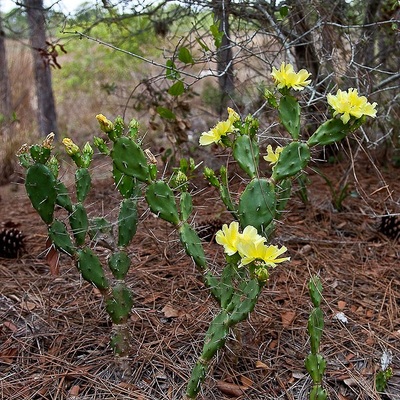 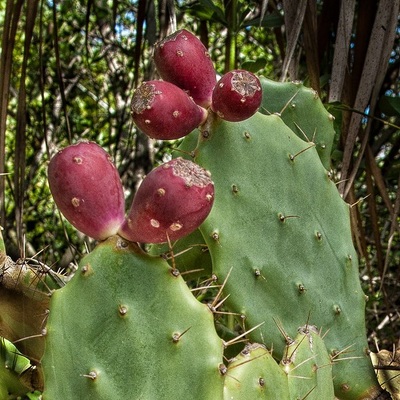 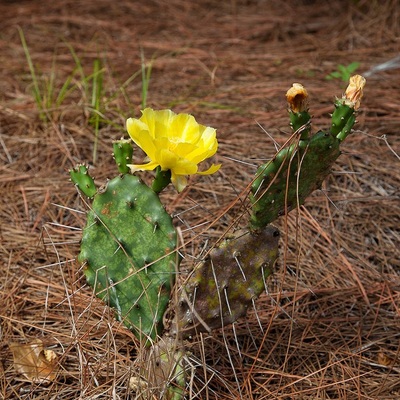 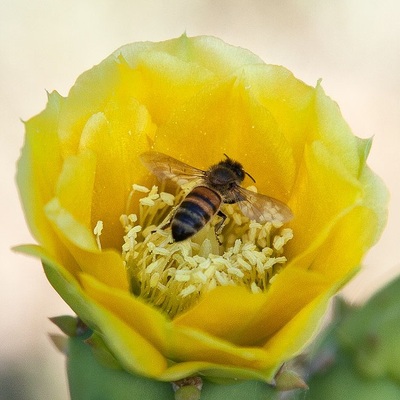 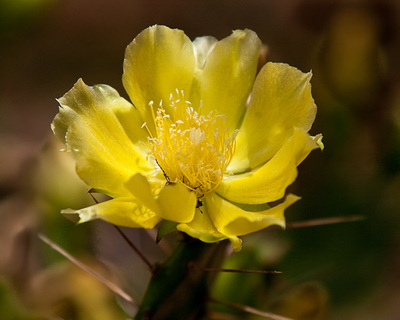 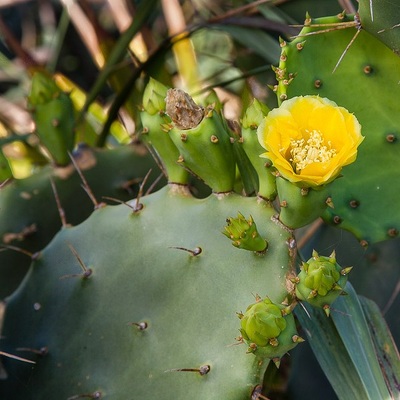 In this class we don’t emphasize grasses and sedges, but some demand attention.   Sea Oats are almost emblematic of our local beaches, standing four feet tall with their decorative broad flat flower clusters fluttering in the breeze.  You can’t miss Sea Oats, although you might mistake them for another large seaside grass, Bitter Panicum.  The Palm Beach State College tissue culture lab is growing Sea Oats from seed in an effort to help MacArthur Beach State Park with a dune restoration project 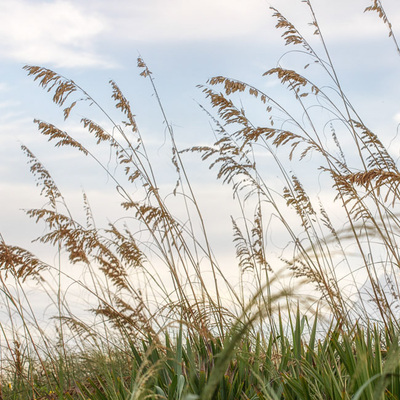 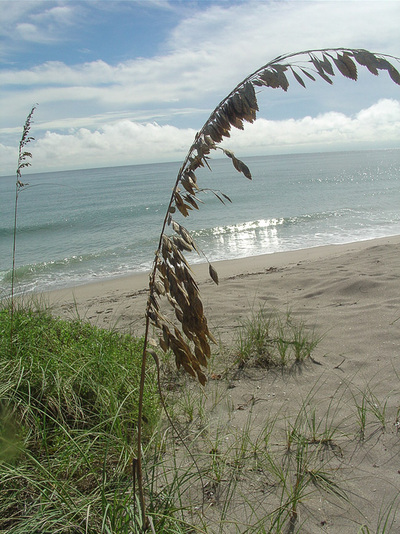 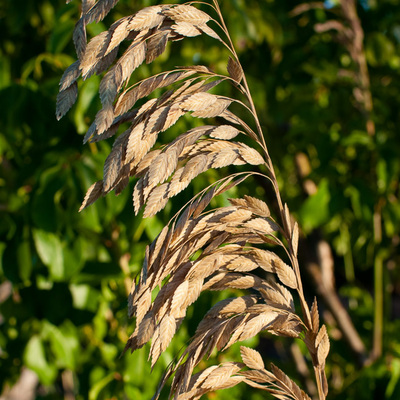 Here’s the easiest plant to recognize.  The leaves are bayonets.  The white flowers appear in massive pyramids on the top of the plant.  Pollination requires a single species of moth who delivers the pollen in a ball. 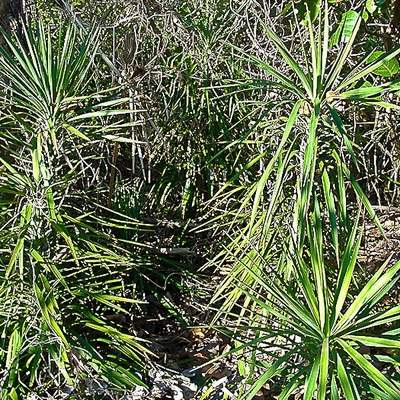 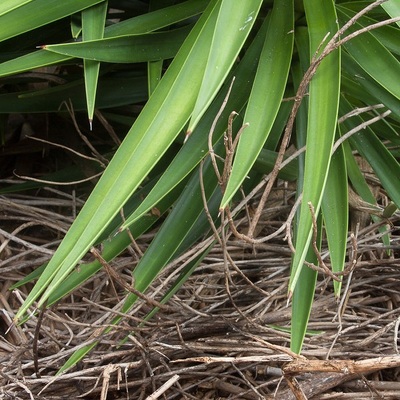 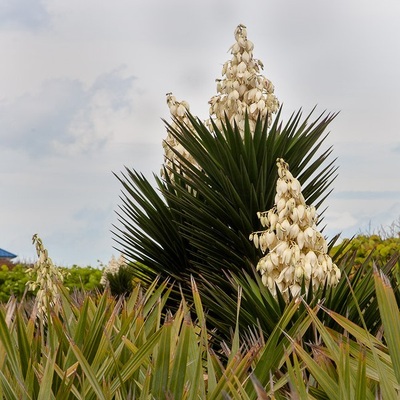 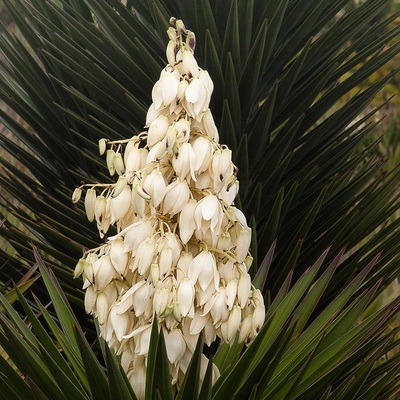